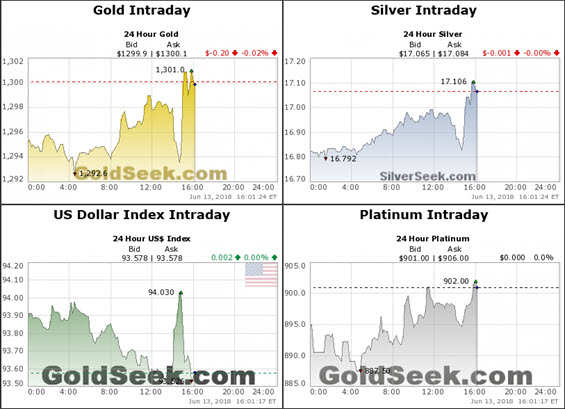 People with an interest in global financial markets often pay particular attention to the live gold price, along with its daily, weekly, monthly and historical fluctuations. Traders also keep a watchful eye on gold price forecasts, not only for the potential impact on their portfolios but for the important insights into the health of economies throughout the world. For example, rising gold prices could signal uncertainty or potential upheaval, as investors tend to turn to gold as a safe-haven asset when other financial instruments are struggling.

This gold price chart provides you with spot gold price data – or information about the current price of gold – to help you make informed trading decisions. Its name, XAU/USD, comes from ‘X’, shorthand for ‘index’ (as gold is traded on indices), ’AU‘, the official designation for gold on the Periodic Table of Elements, and ’USD‘, the symbol for the US dollar (the currency in which gold prices are quoted).

A BRIEF HISTORY OF GOLD

For thousands of years, human beings have placed a high premium on gold. Coveted for its malleability, its relative scarcity and its vibrant color, this precious metal has long been a widely treasured asset.

Along with its enduring popularity as a crucial jewelry-manufacturing component, gold has always been used as a monetary instrument. Indeed, this distinctive metal served as the recognized currency for some of the world’s most famed civilizations, such as the empires of ancient Egypt and Rome.

More recently, from the late nineteenth century up until the outbreak of World War I, many countries across the globe anchored the value of their currencies to a specific amount of gold. And, starting at the end of the second world war, most of the planet’s largest economies operated within a financial system based on a set gold price, which was tied to the US dollar. This only ended in 1971, when the US opted to stop aligning its dollar with the gold price.

While the precious metal no longer functions as an official currency, the gold price remains a highly influential element in financial markets and world economies.

WHAT DRIVES THE GOLD PRICE?

Given the importance of the gold price to the global marketplace, it pays to understand the factors that determine its value:

As one of the world’s oldest and most prized assets, gold still attracts the keen interest of traders and investors today. This is partly down to its ability to retain its value over time, along with its status as a relatively safe asset that can act as a hedge against unstable circumstances and uncertain financial conditions.

Even for those who are not interested in investing in gold itself, it’s worth keeping an eye on the gold price because of its close relationship to the world economy. Gold forecasts can act as an indicator for other markets.

For the latest gold news, visit our market news and trading strategies articles below.