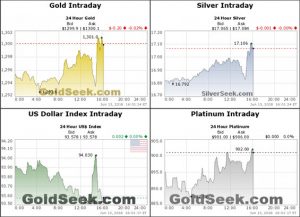 Expensive gasoline pushes up U.S. producer prices in May  Reuters

The U.S. dollar index briefly reversed morning losses and treasuries turned lower after the fed affirmed guidance for 4 interest rate hikes this year, but the dollar then fell to new session lows by the close and bonds pared losses as attention turned to tomorrow’s ECB meeting.

The Dow, Nasdaq, and S&P dropped in late trade and ended modestly lower on concerns about a faster pace of rate hikes from a variety of central banks.